Sign language has been in the news recently due to The Silent Child winning an Oscar. However, I wanted to clarify that choosing to introduce our Sign Language in Schools Programme into your school will not mean anyone ‘turns off their voice’ (as if they are deaf themselves). We encourage speaking and signing at the same time. In this way the signs enhance the communication often adding huge benefits to anyone who struggles with comprehension. We tend to talk with our hands anyway so why not make those hands gestures more meaningful?

Within parts of the film The Silent Child and any related TV interviews you will see this happening. This morning on Spotlight TV I saw Gilson Sly (the deaf father of the Maisie Sly the deaf child in the film) answering questions using only his voice yet he used an interpreter who signed to him so he could access the group conversation as lip reading can be very difficult in groups. When Rachel Shenton, actor and director of The Silent Child accepted the Oscar she also signed and spoke at the same time.

In the video above, which is being backed by American singing superstar Christina Perri, the 50 youngsters and their mums perform a Carpool Karaoke-style rendition of Perri’s song A Thousand Years, and the children and families here are known to use Makaton sign language. The video above is being released to mark World Down’s Syndrome Day on March 21. As a previously Licenced Regional Makaton Tutor and as a fully qualified B.S.L. interpreter I can confirm that all the signs used in Makaton’s total communication system (which also includes symbols) are in fact taken from British Sign Language.

Our Sign Language in Schools programme is created for all children, but especially those in mainstream schools who may not yet have had access to signing. In our Sign Language in Schools Programme we use signs from British Sign Language (B.S.L.) but sign them in English word order and speak at the same time. As a teacher of the deaf , a fully qualified British Sign Language interpreter, an Ofsted Inspections team member and with over thirty five years as a Communication Specialist I have found that both hearing and deaf children benefit immensely by using signs and speech. This is often called Sign Supported English (S.S.E.). It enables the children who are deaf to make that bridge from B.S.L. which is a language in its own right with its own word order and grammatical features to start to access written and spoken English – a little like learning a second language when you use your mother tongue to help you make sense of the new language. For children who are hearing and do not have English as their first language the same benefits can apply. The value of the visual, iconic signs can not be underestimated in speeding up learning and understanding between all involved. For children who are hearing with English as their mother tongue it enables them to appreciate the beauty of sign language and gives them an extra tool for communication in the wider world.

If you wish to be also be a leader in your mainstream School then Contact us today to discuss our Sign Language in Schools Programme. 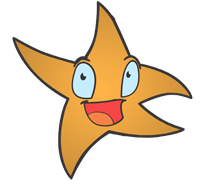 You are now subscribed, thank you!

There was a problem with your submission. Please check the field(s) with red label below.

Your message has been sent. We will get back to you soon!